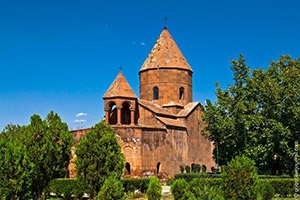 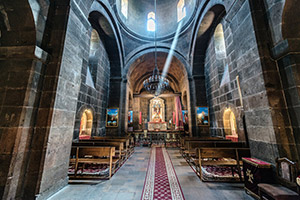 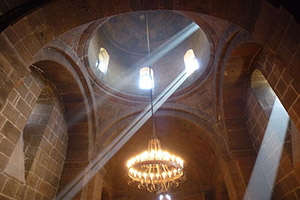 The St. Shoghakat Church is a medieval architectural monument in Vagharshapat (Echmiadzin). According to tradition, thirty-two Christian virgins headed by Hripsime were persecuted by the Roman emperor Diocletian, fled to the Armenian capital Vagharshapat, where they began to preach Christianity. However, since it was forbidden (Christianity had not yet been formally adopted in Armenia), by the order of King Trdat the Christians were isolated and killed. Cloister of St. Shoghakat was built in 17century in a place where, according to the tradition, “a beam of light has dropped”. 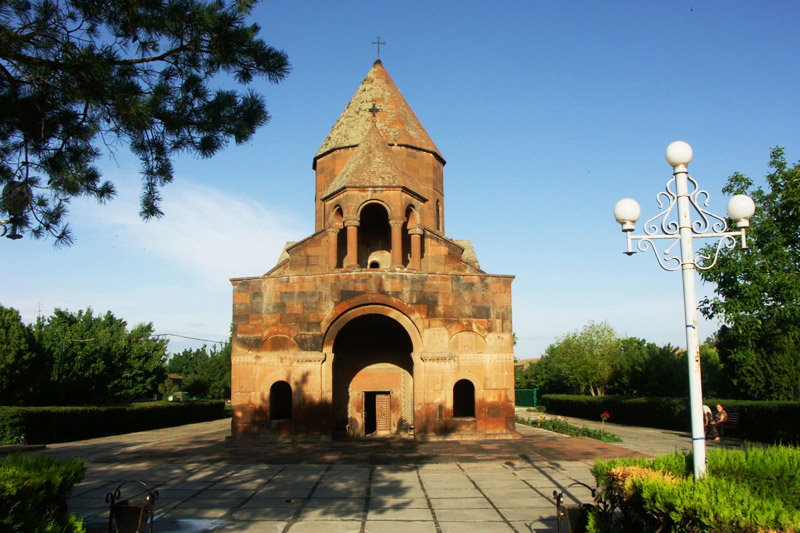 It is presumed that the church was built in 1694 of red and black stone tuff on the foundations of a building dating back to 7th century. The octagonal drum dome is in the center of two pairs of corridors. On the west side adjoins the courtyard – a porch with an eight-columned rotunda bell tower. To the south-west of the Shoghakat church, during the excavations, the ruins of a second-century church were discovered. Ruins of a second century church were discovered to the south-west of this church.