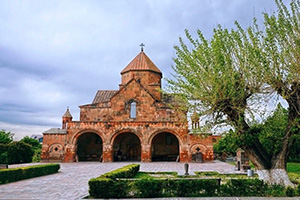 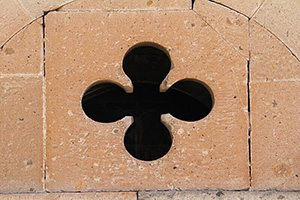 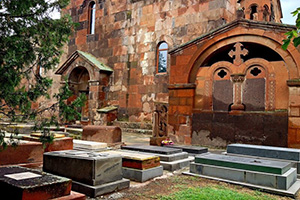 St. Gayaneh Church is one of the most prominent monuments of Armenian architecture and is considered to be one of the sacred places of the Armenian Apostolic Church. According to tradition, Gayaneh was the prioress of Armenian Christian nuns living in Rome during the reign of the pagan Emperor Diocletian. Being persecuted by the Emperor, prioress Gayaneh, fleeing with nun Hripsime and other Christian virgins, came from Rome to Armenia. However, in 301, they were found and executed by the Armenian pagan King Trdat. In the place where the martyr Gayaneh had been conquered, a chapel was built, and then a church. Instead of the chapel on her grave Catholicos Ezr built a church in 630.Gayaneh Church is a domed basilica type of the 1st half of the 7th century. 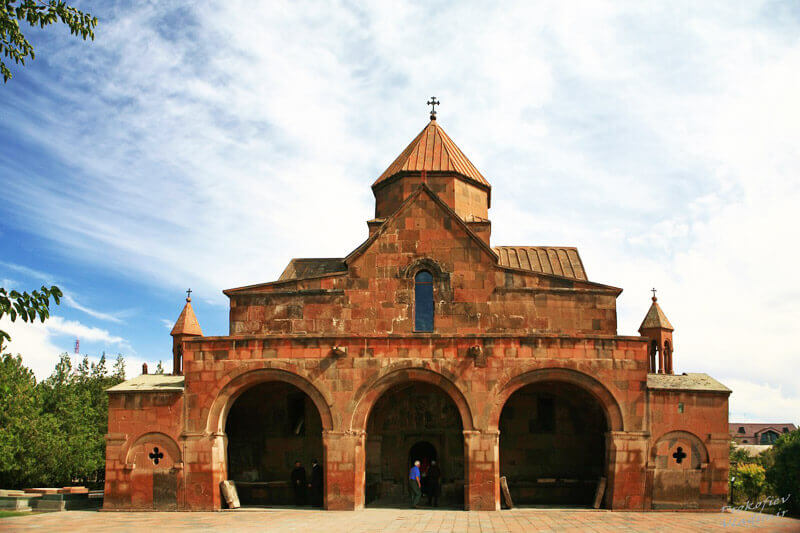 Four domes split the interior space into three parts. Structural elements, tromps, domes, arches are used with great skill. On the two sides of the main altar are the cross-bedded chapels. St. Gayaneh Church is distinguished by its simplicity, architectural and artistic means, convincing spatial forms, impressive interior.In 1652 the walls and the ceiling were repaired. In 1683 the hall was built adjacent to the fasade.