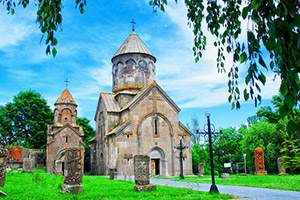 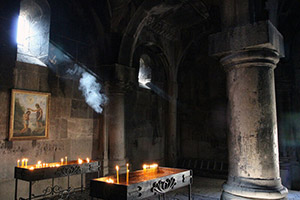 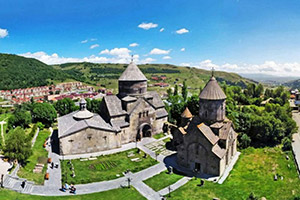 Kecharis medieval monastery complex is located in the northwestern part of city Tsaghkadzor. It is noteworthy not only with architectural originality, but also with its interesting story. His formation lasted 220 years, with over 150 years of interruption. Such fate was due to the peculiarities of the historical period. The construction of the monastery began during the reign of the Bagratuni dynasty, and continued by the Pahlavuni dynasty. The first church in the area of Kecharis monastic complex, St. Gregory the Illuminator, was built in 995-1003, and then other sacred places were built. The Kecharis monastery includes three churches, St. Gregory the Illuminator with a domed hall, St. Nshan and St. Cathoghike churches, two chapels and a courtyard. A little further to the west, on the way to the forest there is another church – St Harutiun. 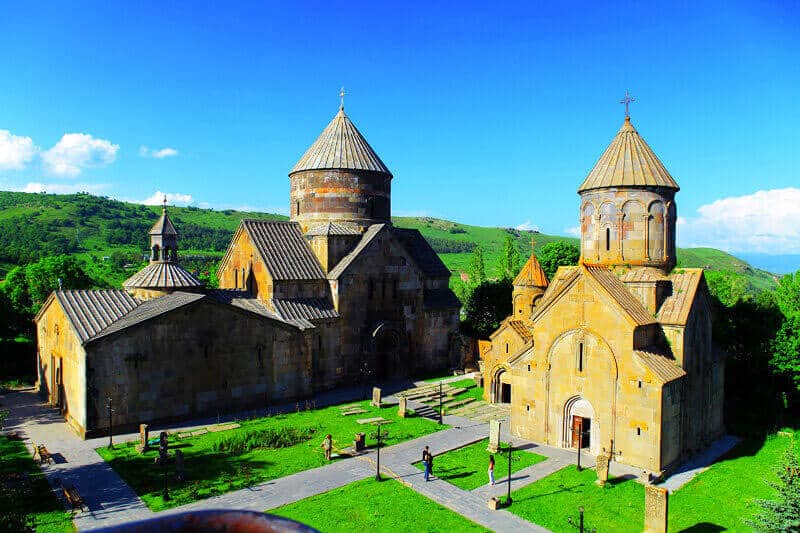 Unlike similar monasteries of Armenia, Kecharis’ main structures form a straight corner on their own pillars. Gregory the Illuminator Church is the main, at the same time the largest and tallest building of the monastery. There are numerous khachkars of the 12th and 13th centuries in the complex, which make the monastery more colorful and complete. Reconstruction works have been carried out repeatedly in Kecharis Monastery. It has been consecrated again in 2000. At present the St. Gregory The Illuminator Church is the Prelacy of Kotayk Diocese.