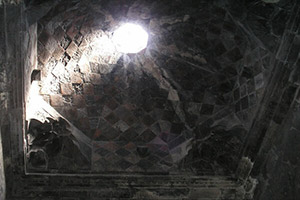 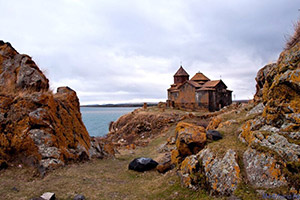 Hayravank is an Armenian architectural monument built in the 9 -13th century, in the Hayravank village, on the coastal foreland of the Sevan Lake. We are in a broken state, without the dome, the church and the courtyard are preserved. The monastery reached us in a dilapidated form, without a dome. The church and the porch were preserved. The church is a four-center dome structure and is one of the unique examples of Armenian architecture. It is built from basalt, and the inner walls are made of pale brown tuff. During the excavations in this territory ornaments, weapons, working tools of the medieval and iron eras were found. In the small courtyard of Hairavank the 15th century khachkars (cross – stones) have been preserved, and behind the fenced walls of the monastery there are traces of habitation and outbuildings. The name of the monastery is connected with the tradition, according to which in 1381, during the invasion of Tamerlane, the abbot of the monastery Hovhan by the power of the relic of the Holy Cross of Jesus Christ transformed peoples into doves by the dictator, and thus released them. 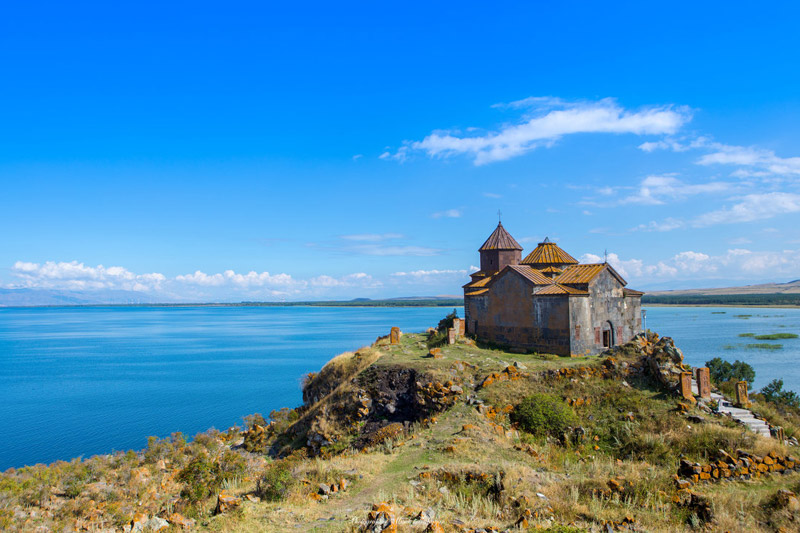 In order not to witness the massacre of armenian people, the abbot throws himself into the abyss, but by the God’s will he was not descent into the water, but run along the water. Stunned by this miracle, Tamerlane calls him and promises to fulfill his every desire. Hovhan asked not to kill as many people as will fit inside the monastery. People came in and to a great surprise of the conquerer, all people were placed in the monastery. He observes, however, that people became doves and flew in the sky. From that day the monastery was named after the abbat – Hovhanavank or ”Mardaghavniats” Monastery (mard – human, aghavni – dove).