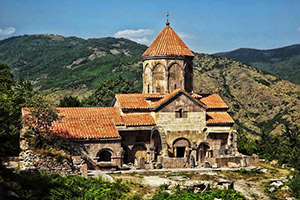 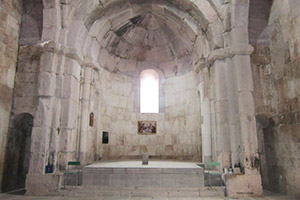 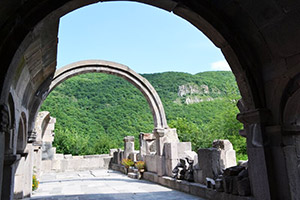 The monastery complex Vahanavank is located near the Kapan town, on the slope of Tigranasar, on the right bank of the Vokhji River. It was founded by the son of Syunik Prince Dzagik – Vahan, in honor of which the monastery was named. He built the Church of St. Gregory the Illuminator and completed its construction in 911. This is a domed hall with one pair of forms, and on the facades there are formed ”Armenian niches” from basalt stone. In the middle of the 11th century, Vahan Jevanshiryan, Prince Vahan’s nephew, built a porch adjacent to the monastery. The porch is a rectangular hall with three arches. In 1046 Syunik King Grigor the 1st renovated the monastery of Vahanavank. 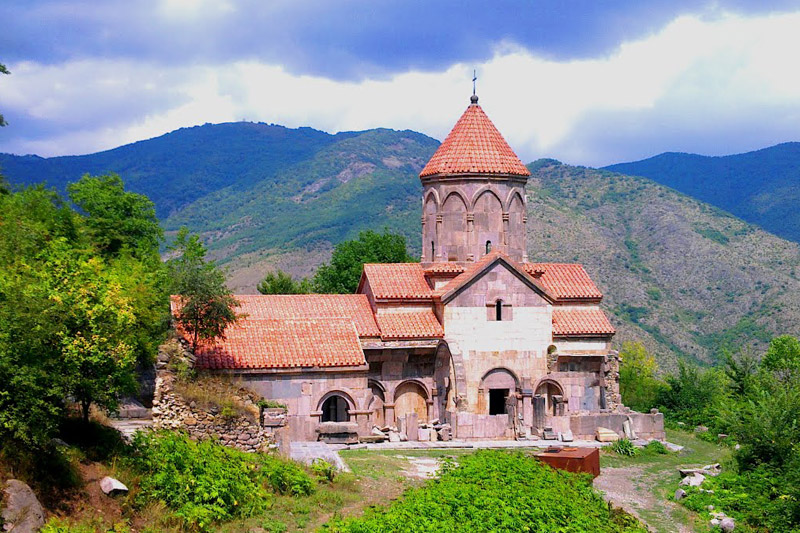 On the south side of the complex there is a small two-storeyed church built by Syunik queen Shahandukht and her sister Kata. Balconies with columns are laid from the north and east of the church. On the first floor, next to the gate there is a small mausoleum. Vahanavank is one of the most beautiful monuments of Armenian architecture, one of the valuable treasures of Syunik. On the territory of the monastery complex there is a spring built in the 10th century from clay pipes. The monastery complex was one of the most famous cultural centers of Syunik. There was also a school where many pupils from the nearest villages came to study.