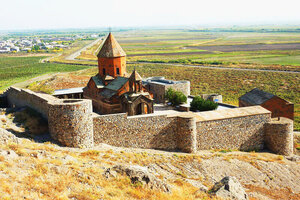 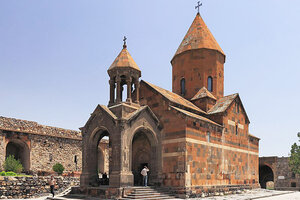 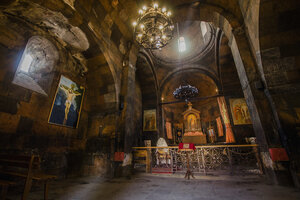 The cloister of Khor – Virap is located in the territory of the Artashat historical city, between the Lusarat and Poqr Vedi villages. On the hills of Khor – Virap the citadel of the capital has been located. Khor – Virap is one of the armenian famous sanctuaries connected with the name of Gregory the Illuminator. The fortress-monastery of Khor – Virap was built in the 17 century in the place of the royal prison. The latter was a pit full of snakes and venomous insects where the prisoners were kept.According to the ”History” of historic Agatangeghos, Gregory the Illuminator has also been imprisoned there. In 642 Catholicos Nerses 3rd built here a Zvartnoc – type chapel, which was ruined in the future. The chapel, standing now, was built in 1662. The territory of the cloister is surrounded by a pyramidal rampart along the lenght of which a refectory, cells of the monastery and other auxiliary constructions are located. In the center of the territory the main church St. Astvatcatcin with its belfry is located. 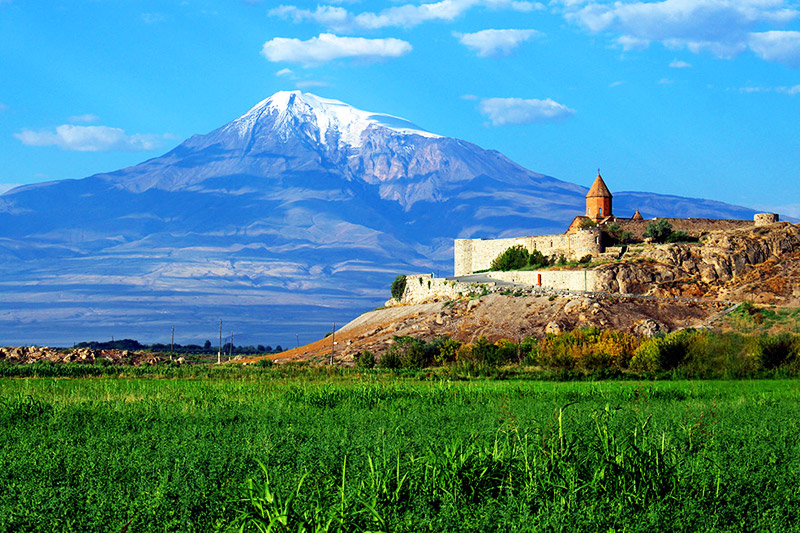 Khor – Virap was a literature and edocational centre. In the 13th century there was a clerical college there with 40 pupils. In 1260s Vardan Areveltsi was the headmaster here. Nerses Msheci, Hovhannes Erznkatsi, Gevork Lambronetsi and many other taught here. Most of the monuscripts of Gevork Lambronetsi, Murat Dpir, Grigor Syuneci and others were also created here, a part of which is kept in the Yerevan Matenadaran (depository of ancient monuscripts) named after Mesrop Mashtotz.