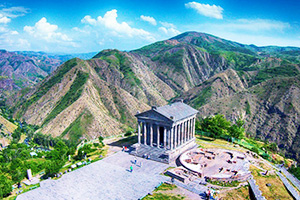 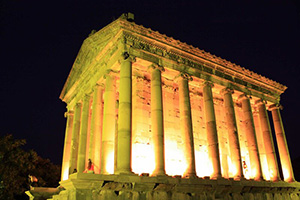 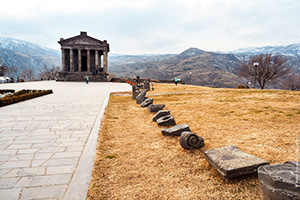 The temple with 24 columns in Garni is one of the unique structures that has reached us from the pagan times. The foundation of the Garni temple, according to armenian historic Movses Khorenatsi, is connected to the grandson of Hayk the Great Nahapet, Gegham, who built a fortress and named it after his grandson Garnik. It is also believed that the pillared temple was dedicated to the Armenian god of sun Mihr, and the 24 pillars symbolized 24 hours of the day. The temple was the summer house, the cottage of the Armenian king Trdat’s sister, Khosrovidukht. The historians also call it Trdat’s Couch. The Garni Temple was built in 77 and stayed standing about 1600 years. This oldest building in Armenia collapsed in 1679 because of the devastating earthquake. After that, the architectural monument was dilapidated for about 300 years. 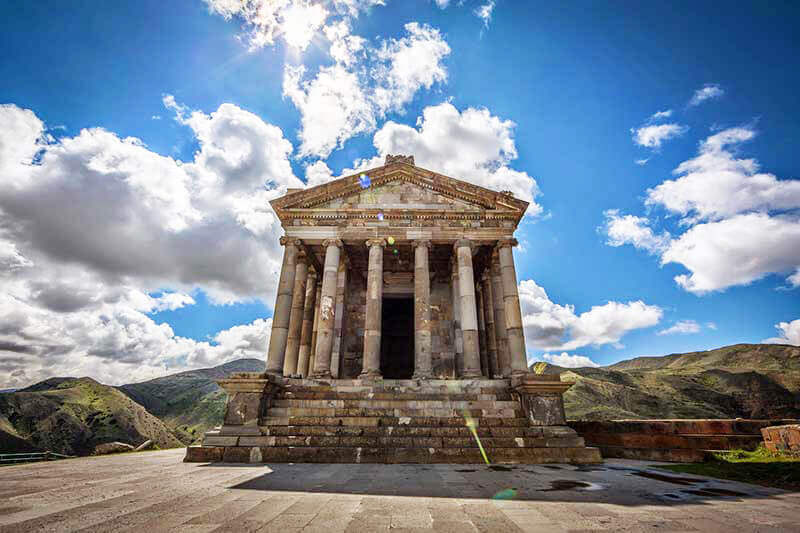 In 1909-1911, the renowned scientist Nikoghayos Mar gathered scattered quartz stones near the temple foundation, hoping that one day the beautiful Armenian structure would be restored. However, many columns and stones have disappeared in the future, and repaired architects sought their tracks in faraway places away from Garni. The Garni temple was restored in 1969-1975 by architect A. Sahinian’s project and under his direct supervision.There were palace buildings next to the temple. The preserved mosaic floor of the bathhouse is made of 15 – colour natural stones and depicts sea and sea scenes. Many gods, mermaids, fishes, horse waist and fish end creatures – ikhtiokentavres are represented here. This mosaic is one of the wonderful memorials of monumental painting in ancient Armenia.