Yerevan Theatre of the Young Spectator 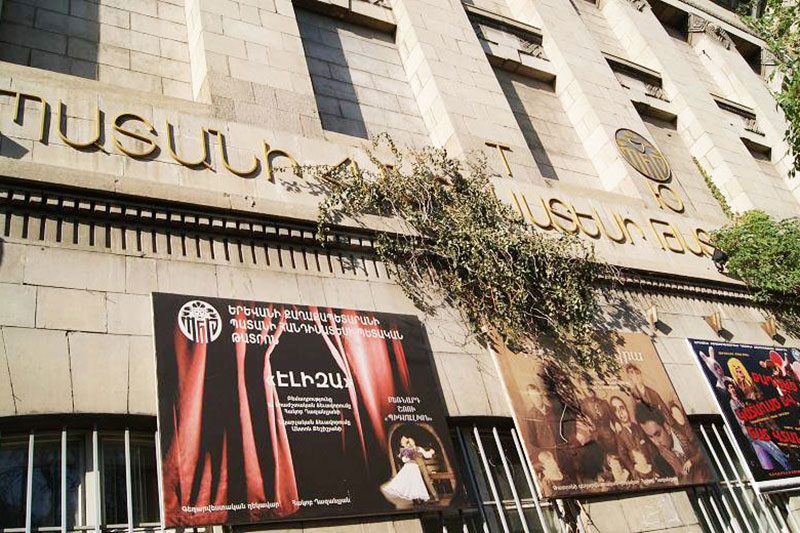 On November 29, 1929, the solemn opening of the first children's theater took place in the current house of the officer with the staging of Smirnov's play "Explosion". The traditions of the new theater began to take root thanks to the efforts of artistic director Tigran Shamirkhanyan.

In 1958 the theater participated in one of the festivals in Moscow and was awarded. In the following years, participating in a number of festivals, the Theatre of the Young Spectator achieved great and significant success. In 1980, on the occasion of the 50th anniversary of the theater, the theater was awarded with a government prize.

1980-1984 and in 1986-1988, Armenian director, People's Artist of the Republic of Armenia Yervand Ghazanchyan was appointed artistic director of the theather, and in 1997 it was directed by his son, director, Honored Art Worker of the Republic of Armenia Hakob Ghazanchyan. Already in 2017, David Harutyunyan was appointed the artistic director of the theater, and in 2018, Emin Torosyan replaced the director Hayk Kheranyan.