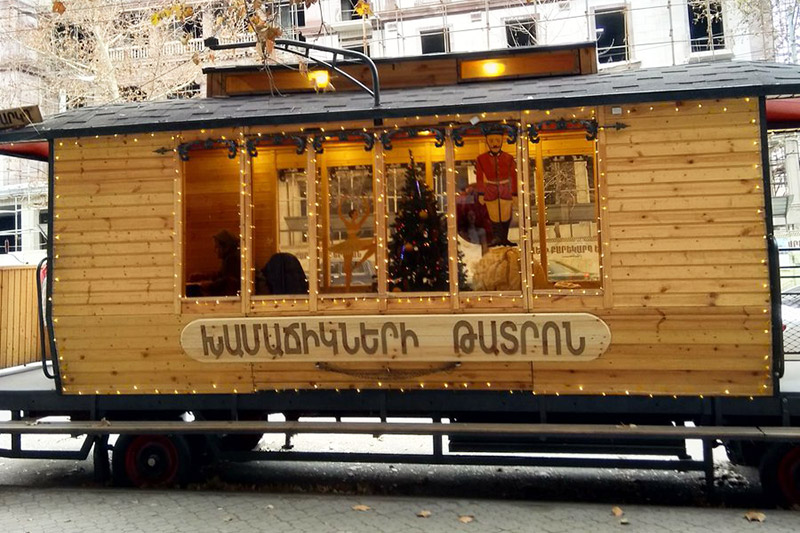 The Yerevan State Marionettes Theatre was established in 1987. In those years, there were two similar theaters in the former Soviet Union, in Leningrad (St. Petersburg) and Tbilisi. However, the Yerevan Theater was the first to give performances for children and adults. This theater differs from ordinary puppet theaters in that the string marionettes from above are "playing their roles" on a real small stage.

The first performance of the theater was "The Three Pigs". But, unfortunately, after the initial success, the theater faced some financial and artistic problems. And this unique center of art experienced a new rise in 2000. New creative forces emerged, and the play list was enriched with new popular and successful performances such as "True Friend", "Assembly of Mice", "Brave Rooster", "Creation of the World", "Star of Hope", as well as “You Enter the World” by William Saroyan and “Cervantes' musical" “Man from la Mancha"(directed by Armen Elbakyan). The latter was recognized as the best performance of 2005-2006 and was awarded with the "Artavazd" prize.