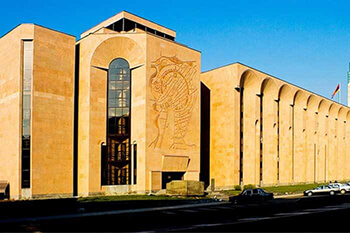 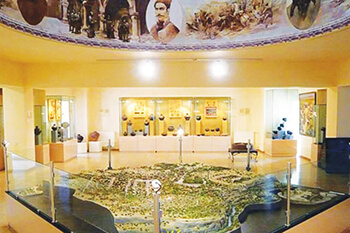 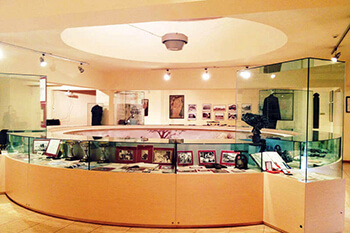 What you can see in Yerevan history museum 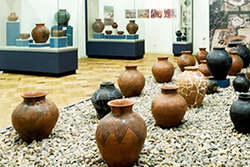 Finds during the excavations from late medieval Yerevan, including the ancient working tools 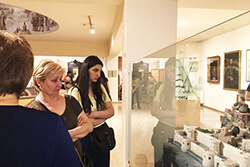 Yerevan in the 19th century.: the capture of the fortress of Yerevan, the life of the cityzens, the shops-workshops 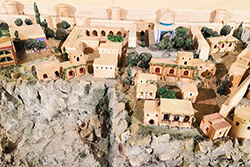 From the end of the 19th century to the present day, including the plan of the city signed by Al. Tamanyan

Yerevan is the 12th capital of Armenia, and was founded in 782 BC and it was called Erebuni. The museum of Yerevan history was founded in 1931. Being attached to the communal division of Yerevan City Council it was called Communal Museum and in 1936 it was renamed Yerevan History Museum.At first the museum was located in one of the rooms on the second floor of the Yerevan Fire Department. In 1936 it was moved to the Blue Mosque (Gyoy Djami) where it functioned for about 56 years.In 1994-1997 it was located in the building of former Hripsimeh Female Gymnasium. In 1997-2005-in the building adjacent to the secondary school n 1 after Shahumyan. In 2005 it was established in the newly built building of the Municipality of Yerevan making a unified architectural ensemble. The members of the scientific council adjunct to the museum once were eminent intellectuals and art figures: architects Al. Tamanyan, T. Toromanyan, N. Buniatyan, M. Mazmanyan,artists M. Saryan, G. Gyurjyan, Taragros, sculptor A. Sargsyan, scientists St. Lisitsyan, Ye. Shahaziz, S. Barkhudaryan, B. Arakelyan, T. Hakobyan and others. About 94 thousand items ranging from ancient times up to the present days are kept in the museum: archaeological, numismatic, fine arts, written materials, photos and other collections, including the obsidian tools having more than 100 thousand-year-old history which were discovered in the cave of Yerevan. Worship places, black and red polished ceramic jars, millstones, remnants of cereal crops which have about 6000-year-old history and were dug in one of the well-known ancient settlements of Asia, Shengavit dated 4-3 millennium BC are kept in the museum.The archaeological collection is distinguished with the beer ceramic jugs found at Karmir Blur (Red Hill), with the rich collection dug at the settlement of Karmir Berd (Red fortress) dated as far back as the 1-2 century BC: bronze belts, ceramics, stone idols, arrow-heads, knives, jewelry, as well as items representing the Hellenic culture of the city dug in Avan Arinj.