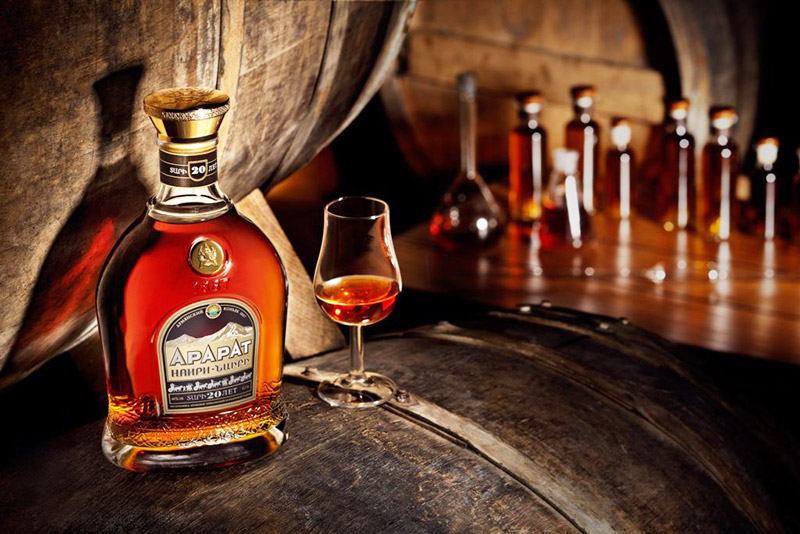 Armenian brandy production has been started since 1887 by benefactor, merchant Nerses Tairyan. The latter, inspired by the idea of his cousin, winemaker Vasily Tairov, invested the classic French technology of distilling alcohol in his factory. And due to the high-quality sweet grapes growing in favorable conditions in the Ararat Valley, the products were truly unique. This initiative of the brothers became crucial for both themselves and the local brandy industry.

In 1899, the company was sold to the Russian company ''Shustov and Sons''. The new owners rebuilt the factory, invested the latest equipment and involved the best professionals of the sphere. One of them, the famous technologist Mkrtich Musinyants, was appointed the manager of the factory. His unique recipes gave a new impetus to the prosperity of the factory and brought international recognition. Thanks to his efforts, the supply of alcohol was maintained and was able to overcome the revolution without losses, thanks to which the factory was able to continue its work with a number of other alcohol companies since 1923 as a part of the group of enterprises "Ararat".

During the Soviet Union period, the achievements, awards and prizes thanks to Margar Sedrakyan were significant. The famous cognacs he created are Nairi, Akhtamar and Dvin. However, the master's greatest achievement was the transfer of brandy production in 1953 to the newly built building of the Yerevan Brandy Company. The plant has been a member of the Pernod Ricard International Group since 1998. The latter is considered one of the largest alcohol companies in the world and greatly contributes to the development of a culture of alcohol use.

The plant is known around the world for its 3 and 5 star types of legendary "Ararat" brandy: Ani, Yntir, Akhtamar, Tonakan, Nairi, Dvin, Armenia, Yerevan, Erebuni, etc.

This remarkable story of Armenian brandy production is presented in the "Ararat" museum operating in the factory.