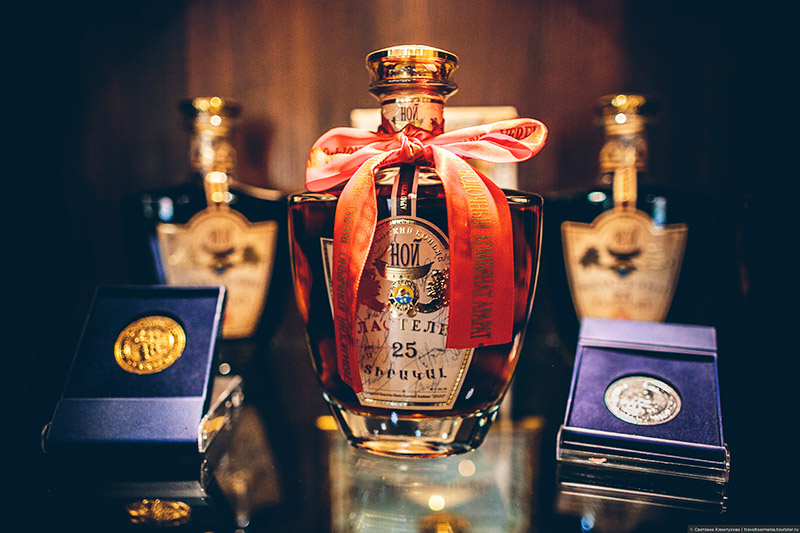 The Yerevan Ararat Brandy-Wine-Vodka Factory is located in Yerevan, in the Hrazdan Gorge, in the area of the former Erivan Fortress. In 1877, merchant Nerses Tairyan acquired the above-mentioned area and established a wine factory there. The home-made wine originally consisted of only 1,200 buckets. Later, the plant's production capacity gradually increased. In 1892, at his invitation, winemaker Mkrtich Musinyants began working at the factory. The company ''Shustov and Sons'' have made significant investments in the plant.

In 1920-1991, the Ararat Brandy-Wine-Vodka Factory in Yerevan worked under the guidance of various skilled and experienced brandy makers and winemakers. However, since the collapse of the Soviet Union in 1991, the plant has been abandoned. In 2002, the factory had a new owner, Gagik Tsarukyan, the founder of ''Multi Group'' concern. The Yerevan Ararat Brandy-Wine-Vodka Factory really began to grow. Large-scale reconstruction and renovation works began, the latest production equipment was invested, and new oak barrels were made.

The variety of the company's products includes: Noy, Erivani berd, Sevani legendner, Varpet, Whiskey brandies. The factory can be visited during a guide accompanied tour during which you can also taste armenian popular cognac (brandy).