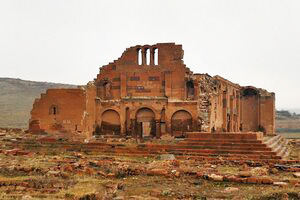 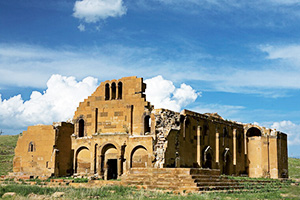 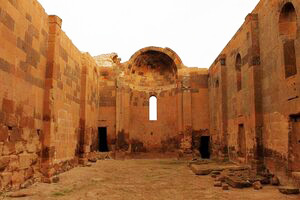 The three-storey basilica of reddish tuff is preserved near the village of Anipemza, on the Akhuryan coast. It was built in the 4-5th centuries and considered to be one of the oldest Armenian churches. According to experts, it is the biggest medieval preserved structure. According to Nikoghayos Mar’s decree, it was called St. Karapet. The Ereruyk Temple is a gigantic staircase built on a gradual base called Stylobate. According to the folk etymology, the name of Ereruyk Temple arose due to architectural solutions derived from columns. The structure seemed to be moving (in armenian move – ereral) slightly. The temple preserves elements and traditions of ancient architecture. Armenian historians are silent about him. It is not meintioned anything about the temple in any manuscript reached to us. The inscription preserved in one of the temple entrants indicates that in the 11th century the wife of the King Hovhannes-Smbat Bagratuni supported the temple renovation. In 2010-2011, both local and foreign archeologists worked here, but both previous and nowaday excavations did not produce the desired results. 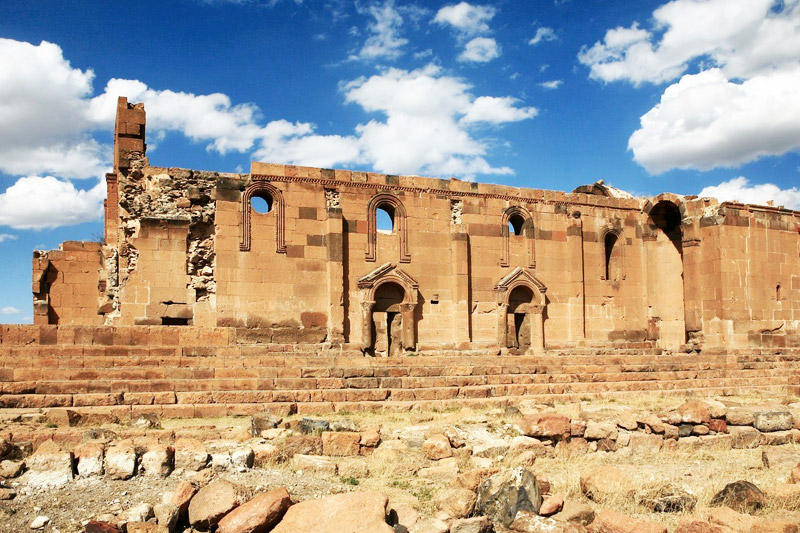 The church is a part of a large complex with other constituent structures. But experts consider mysterious their existence and connection to each other. An enclosure is built around the church there were also underground rooms and other buildings, a strange structure, reservoir’s dam and even a residential area. Numerous infants’ tombs have been found in the area, and their number let us suggest that it is most likely associated with a disaster. The archeologist, Patri Tonapetian, a lecturer of Armenology at the University of Provence, after the excavations in 2011said that it had a connection with the nature of the church. Ereruyk Temple was dedicated to St. Hovhannes Mkrtich, who was very popular in Armenia. Being a Jesus’ baptist, perhaps, he allowed humans to bury newborn babies who were not yet baptized.