The State Chamber Theatre of Yerevan 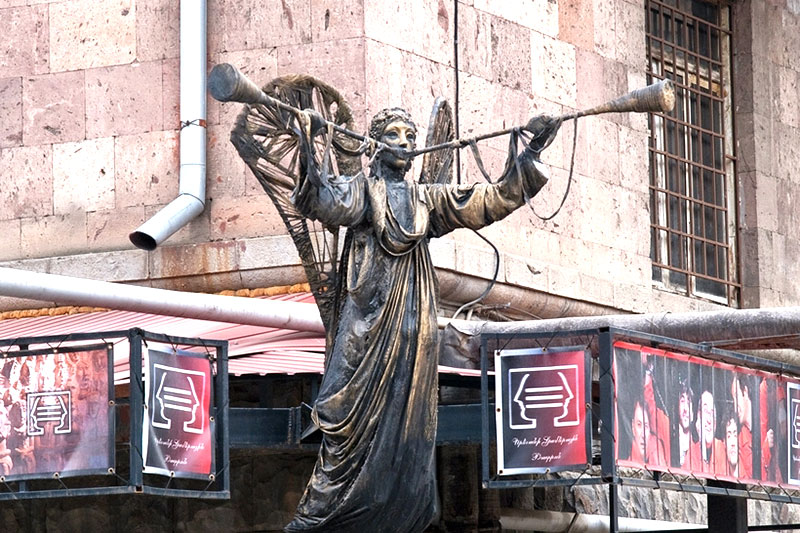 The Yerevan Chamber Theater was officially opened on December 15, 1982, but the Theater troupe has long been known not only in Armenia but also abroad. They were known as “Club of the Funny and Inventive People” of Yerevan Polytechnic University with Capitan Ara Yernjakyan. The team became the first winner of the club in Yerevan, and was the first to represent Armenia at the 1971-1972 KVN (CFI) all-union games in Moscow. This talented creative group was carrying out the reconstruction of the part of the building allocated for the theater in a building located in the center of Yerevan. In 1981, the theater had a comfortable building and a trope that enjoyed the results of its work.

In 1983, the jazz trio of the chamber theater was formed under the direction of Artashes Kartalyan. The troupe's performances were accompanied by the unique music of the trio.

The creative basis of the performances of the chamber theater is the perfect connection and directness created between the audience and the stage. Here the audience becomes an active participant of the performance from the usual passive listener. Numerous performances staged during the theater's activities are very popular among theater lovers. The creative staff of the theater is represented by the brightest stars: Lusine Yernjakyan, Arshaluys Harutyunyan, Richard Madlenyan, Luiza Nersisyan, Grigor Bghdasaryan, Katherine Manasyan, Senik Barseghyan, Nazeni Hovhannisyan, Vahe Ziroyan, Hasmik Danielyan and many others. The list of theater performances is very long. among them are "To the weapon", "In search of a man", "What's the difference with whom", "Anniversary client", "Scotch and whiskey" and many other popular performances.