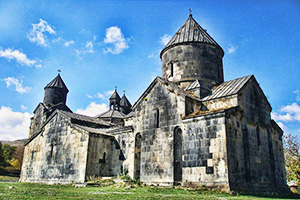 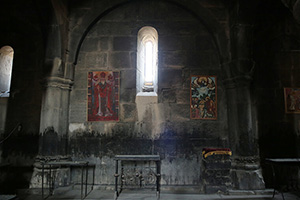 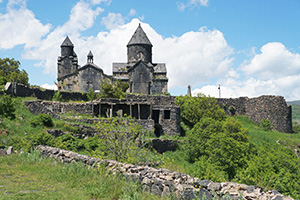 The Tegher Monastery is located in the northern part of Byurakan, in the Tegher village, on the southern slope of Aragats Mount. According to the construction protocol, the St. Astvatsatsin Church and the porch adjacent to it from the western side were built by Mamakhatun – the wife of prince Vache Vachutian, with the hands of architect Aghbayrik. The tradition says that Mamakhatun chose this enchanting and cozy place for the construction of the monastery, as all its roads led to her husband’s residence in Amberd to protect and preserve his castle and the prince himself. Even after many raids the Tegher Monastery remained inaccessible and today it still stands in the Ararat valley. 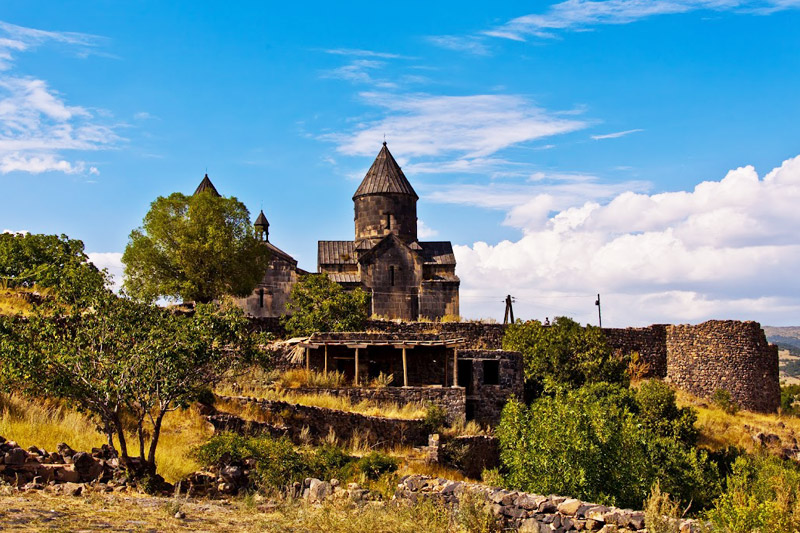 he church of the monastery (1213-32 years) has a rectangular, domed composition with cross-shaped two-story carvings in the four corners. The church differs in its strict forms and almost complete lack of decorative design. The adjacent vestibule from the west belongs to the type of four-column centric vestibules obtained in the 13th century and has a 12-gangle low hipped dome. Chapels built in the north-western and south-eastern corners of the porch overlap create a peculiar three-dome outline. In ancient times the Tegher village was known with growing around medicinal herbs and was called Degher (from Armenian – medicines). Near the walls of the monastery a building is still standing where Armenian brave soldiers were recuperated. The Tegher Monastery is included in the list of intangible monuments of the history and culture of the village.