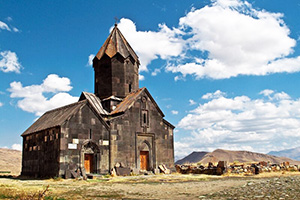 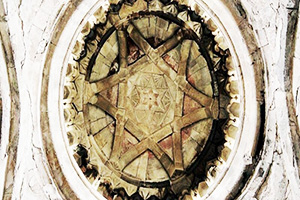 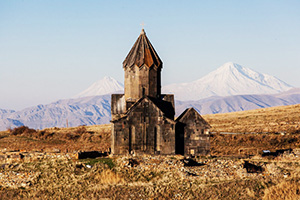 Tanade or Tanahat Monastery located near the village of Vernashen is one of the Armenian architectural monuments. Historical sources mention it from the 8th century to the late Middle Ages. It was one of the prominent religious and cultural centers of medieval Armenia. Armenian poet, religious and political figure Stepanos Orbelian considers Tanahat monastery as the second important monastery (after Tatev monastery) in Syunik. The monastery collapsed from the 17th century earthquake. The St. Stepanos Nakhavka church of the Monastery, built in 1273-79 under the patronage of Proshyans, is now semipreserved. It is a rectangular, cross-shaped, domed structure with four lanes. The drum hinged on the dome is crowned with a canopy. The church is rich with valuable inscriptions and zodiac sculptures. One of the walls is decorated with the Proshyans’ blazon, the eagle with a ram in his claws, the lion attacking the bull. On the other wall, two peals drinking water from the cups are carved on the sun clock. 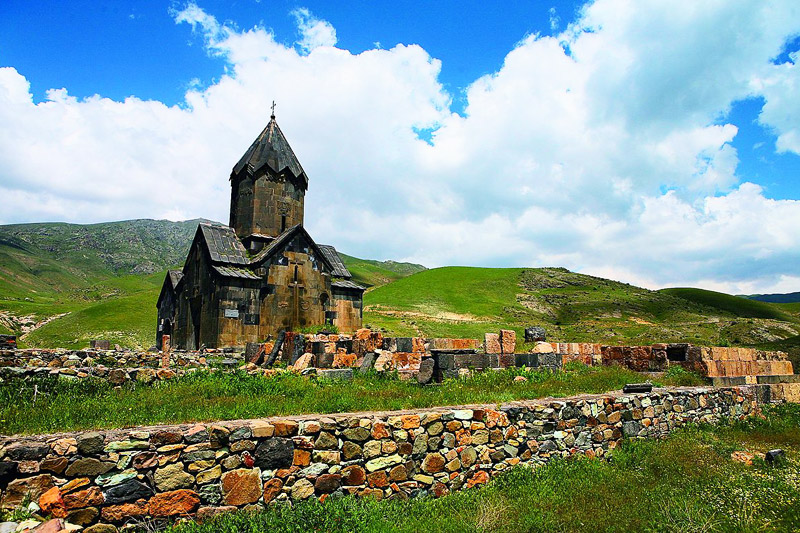 To the north of this church St. Nshan church is situated built in the 13th century. On the entrance wall stone a young cavalry from the Proshyan dynasty was carved, which had speared his spear in the lion’s mouth. The sculptures of the Tanahat monastery are valuable pieces of medieval Armenian temples. As a result of the excavations, a monumental church, residential buildings and numerous gravestones were opened. It is assumed that Gladzor University has been located in these buildings. The Tanade monastery, particularly St. Stepanos and St. Nshan churches, were renovated and fortified in 1984, the surrounding area was improved.