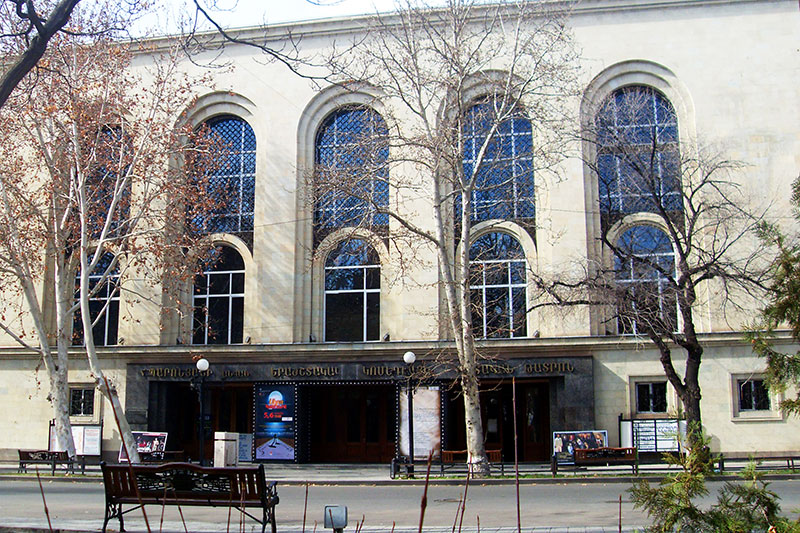 State Theatre of Musical Comedy after Hakob Paronyan was established in 1941 with the first performace of V. Valensino “Fire Priestess”, but the official opening was held one year later with performace “The King has Fun” by Rudolf Nelson. Since 1962, the theater has been named after the great Armenian satirist Hakob Paronyan, and the post of artistic director was taken over by singer, People's Artist of the USSR Shara Talyan.

The Musical Comedy Theater has performed many times in different cities of Armenia, as well as in international theater festivals in Georgia, Iran, Azerbaijan, England and the United States. Within the framework of them, a number of performances and actors have received the highest awards and prizes. Kajazun Gyurjyan, Boris Pepanyan, Zaven Abrahamyan, Hovak Galoyan, Ruzanna Gasparyan, Arthur Karapetyan, Satik Hakhnazaryan, Narine Aleksanyan, Arthur Karapetyan and others are among the talented and deserving actors of the theater. «Morgani khnamin», «Atamnabuijn arevelyan», «Karine», «Ush lini, nush lini», «The last stop», «The time of collecting stones», «Gna meri, ari sirem» and others are of successful and famous perdormances.