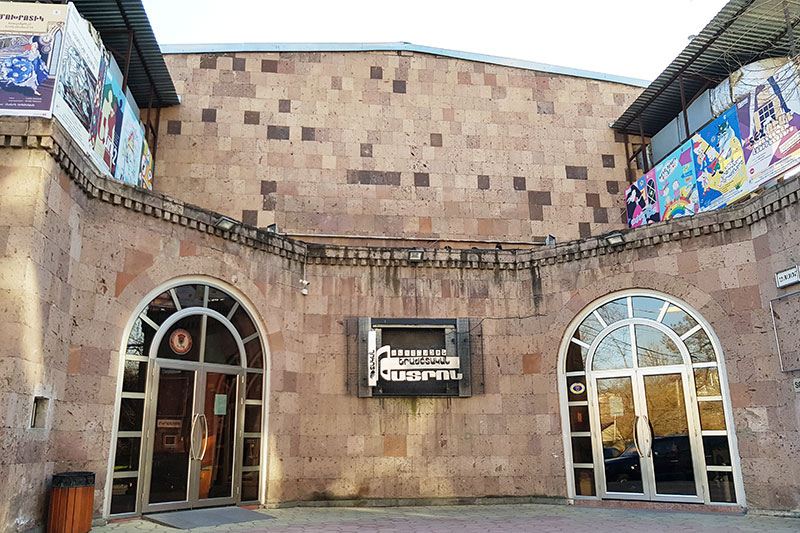 The State Chamber Musical Theater was founded as a state children's musical theater in October 1987 by David Zalyan, a professor at the Yeryan State Conservatory, who was appointed artistic director of the theater. Later, according to the order of the Ministry of Culture and Youth Affairs of the Republic of Armenia, the theater was renamed the State Chamber Music Theater and is its successor. The theater has performed extensively in various regions of Armenia and Nagorno-Karabakh, as well as participated in a number of festivals and received letters of thanks.

Since 2018, the main director of the State Chamber Musical Theater is Honored Artist Samson Stepanyan, and the director is Hripsime Apostelyan.

The actors of the theater are well-known actors: RA Honored Artist Ara Dokhtrikyan, Karine Tsaturyan, Anahit Kirakosyan, Vilen Sargsyan, Hayk Petrosyan and others. The list of popular performances includes "The Story of a Hat", "Cinderella", " Beauty and the Beast ", "The New Adventures of Three Pigs", "The Toy Planet", etc. This theater can really be considered the most popular warm environment for children and parents, where they are in direct contact with the stage and talented actors.