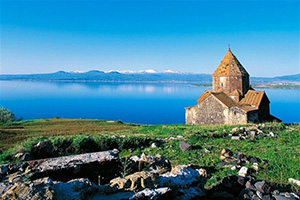 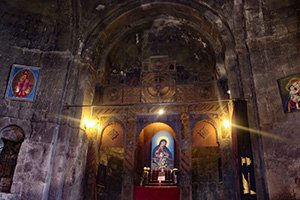 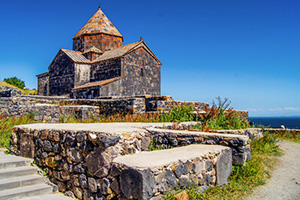 The monastery complex Sevanavank is located on the peninsula of Sevan. In 305, it was founded by St. Gregory the Illuminator, who built the church on the place of a pagan temple. In the 9th century the princes of Syunik made Sevan a point of their suppurt. In 874 the wife of the Syunik prince Vassak and the daughter of the king Ashot Bagratuni – Mariam built here two churches – St. Arakeloc and St. Astvatcatcin. They are rich in various wood-carved capitals, a aprt of which is kept in the Armenia State Museum of History and in the Art Gallery of St. Petersburg (Hermitage). In 1869 a spiritual school opened in the complex. On the top of the mountain of the island the remnants of the church with a domed hall are preserved. The teritory of the cloister is rich in khachqars (cross-stones). In 1956-1957 the monuments were restored. 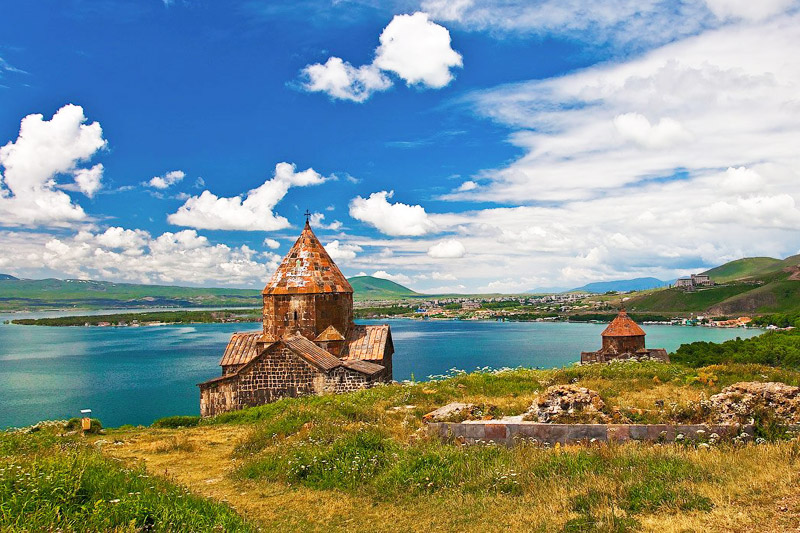 The ancient Armenian tradition says that King Ashot Erkat, along with his brother Abas, vowed that they would lead the Arab enemies from the Armenian territory. Despite the serious disparity in force, he took a defensive position in Sevanavank. Early in the morning a thick fog settled on Lake Sevan. Armenian ferries with burning torches began to move forward in the fog. The Arabs followed them on boats. King Ashot overtook them, and with several soldiers attacked and forced them to retreat. They say that the sun’s rays shone so bright that day that the enemy could not catch the exact mark, shooting at the boats of Armenians.