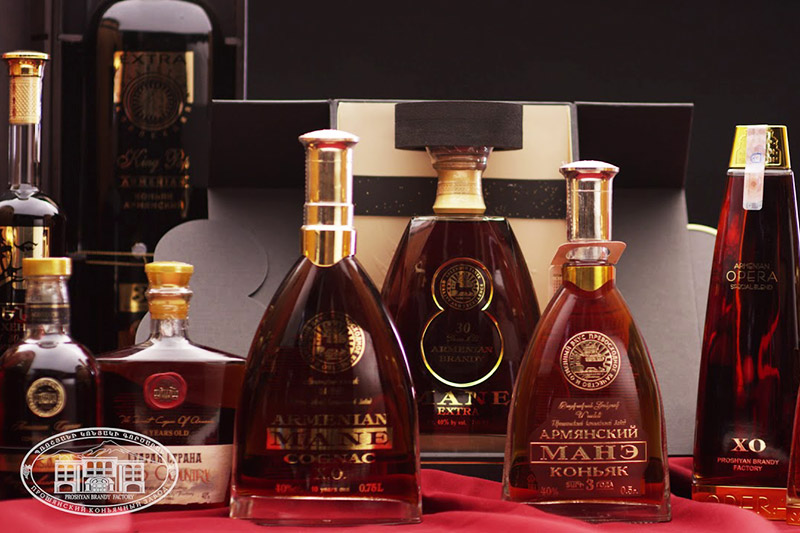 In 1995, friends Armen Gasparyan and Eduard Chobanyan bought a small Soviet-era factory in the village of Proshyan and set up a winery there. Two years later, the plant was quite developed, expanded the range of produced products, including pomegranate wines, vodka, champagne, brandy. Since 2001, the products of the plant were being exported to a number of countries: United States, Russia, Belarus, Israel, Germany and others.

In 2006, a new factory of Proshyan Brandy Company was opened in Artashat city, Ararat region. The production of canned food under the brand "Royal" began here. Later, the company opened its offices in Russia and Ukraine, expanding sales in those countries.

In 2011, a new factory was established in Armavir for the procuring grapes, storage of brandy and wine production, as well as canning. At present, the Proshyan Brandy Company produces about 3 million cans of canned food. Since 2014, the brand store of the factory has been operating in the center of Yerevan, where the consumer is offered a wide and quality range of products. The cognacs include the Hayeren aybuben, Mane, Sardarapat, Opera, Hin Yerkir, Haykakan berd, Vahan Teryan, Charents, etc., among the wines are Kamar, Frunzik Mkrtchyan, Partez, Sharan, Sev qishmish, Nran, Proshyan, Kenats tsar, etc.