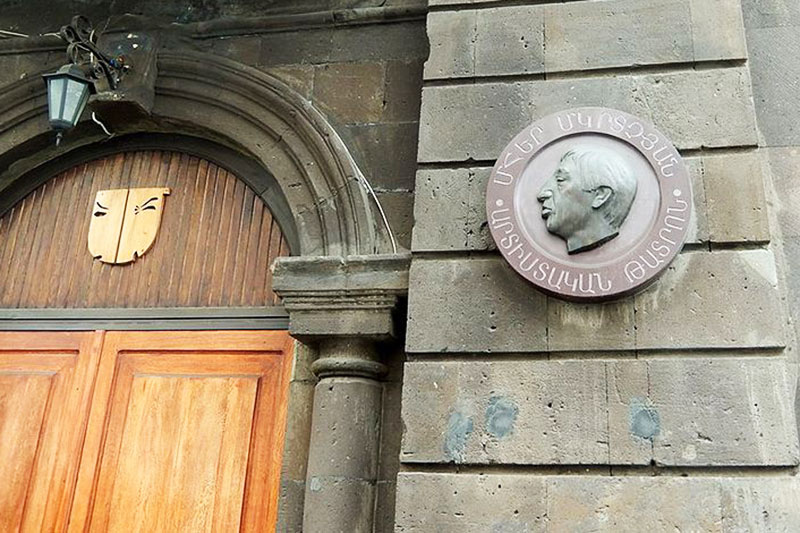 Artistic Theater was originally named after Vardan Achemyan, a famous Armenian director, theatrical figure, People's Artist of the USSR. The curtains were opened here in front of the audience for the first time with the performance of Panel "The Baker's Wife".The role of the main character Emanle Castagne in the play was embodied by the great artist himself. This role, unfortunately, became his "swan song"- it was the last role. Mher Mkrtchyan directed the theater for less than a year. After his death, the theater was renamed "Mher Mkrtchyan" Artistic Theater of Yerevan Municipality. For some time the theater was headed by his wife, Tamar Hovhannisyan. But the latter had to leave Armenia. Thus, the theater has not been operating for several years. “Mher Mkrtchyan” Artistic Theater was renovated with the funds provided by the “Lincy” Foundation and reopened in 2004.