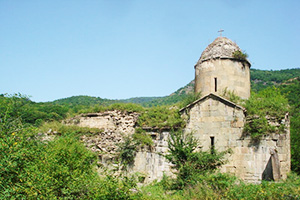 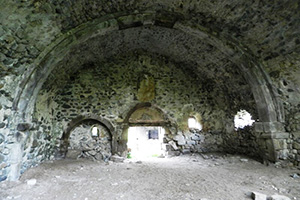 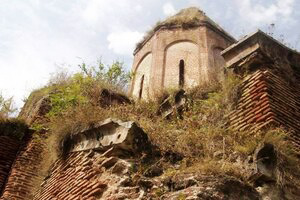 The Kirants Monastery is located in village Kirants (now Getashen). Church forms, decorative means and proportions allow us to suppose that this monastic complex was built in the 12th-13th centuries. According to a folk tradition, the stone master who builds the monument had a very talented pupil, who built this monastery alone. After building, he called the master to evaluate his first work. The monastery is so glorious that the renowned master is admired and says ”You did more than was written, was designed” (in armenian ”kiry ants katsnel”). Here is the reason of the naming the monastery Kirants. It consists of three churches, a table and some buildings, all surrounded by walls.: 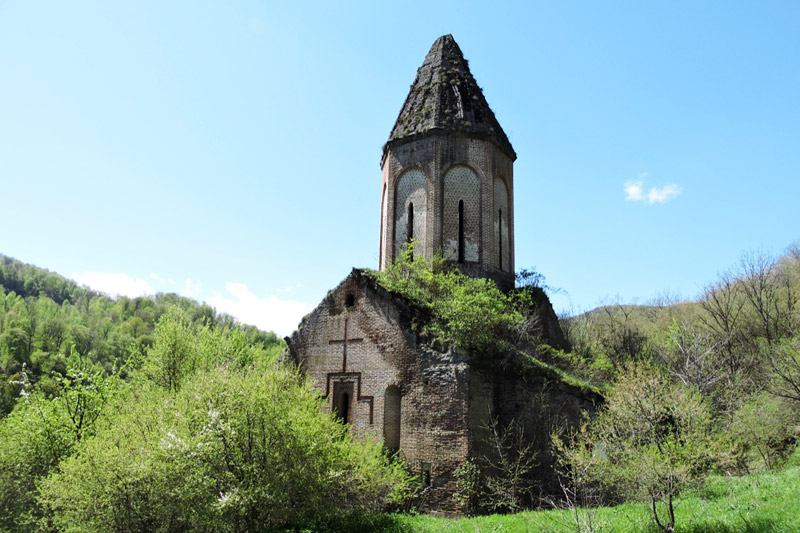 All the structures of the monastery are tilted and from this point of view are considered the unique medieval architectural monuments. The main church is a cross-shaped dome structure, built of brick. The octagonal drum of the dome is built with a mosaic made of multi-colored tiles of various shapes. The complex also includes two small similar churches, a refectory and a cemetery. The refectory of the Kirants monastery is a valuable example of secular architecture.