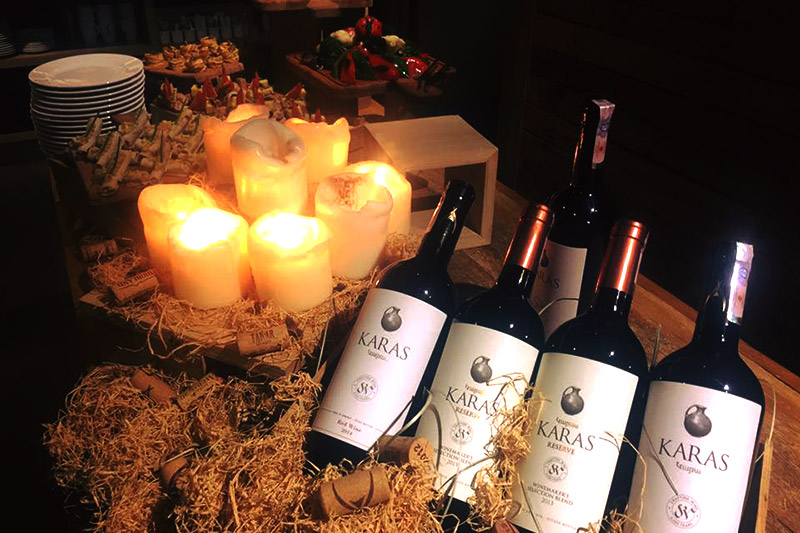 "Karas" wines, named after the ancient pottery used in winemaking in ancient times, are a revival of the culture of regional winemaking.

For the production of wine, grapes such as Chardonnay, Vionie, white and Malbec (French and Argentine), Sirah, Tanat, Merlot and Cabernet Fran are used for red wines, as well as local varieties.