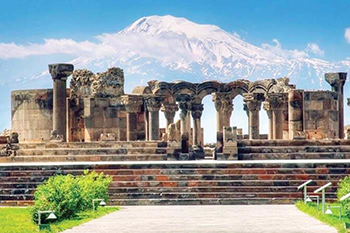 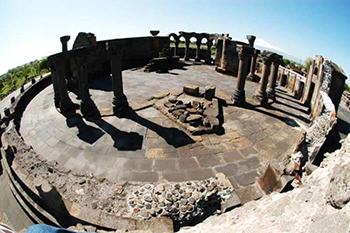 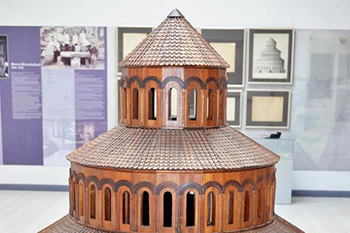 What you can see in “Zvartnots” museum-reservation 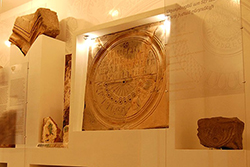 A round sundial with an Armenian inscription found during excavations 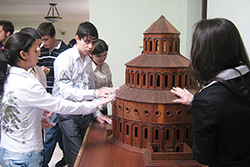 The former model of the temple, which represents the complete view 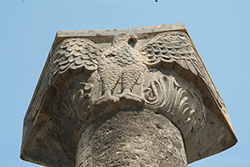 The magnificent and majestic temple of Zvartnots was built in the 7th century, which is one of the masterpieces of Armenian architecture. According to the narrators, the Zvartnots cathedral was built in 643. Zvartnots, restored in the last decades of the XX century, is known all over the world. Zvartnots is considered as the unique architectural construction. Since 2000, according to the decision of the UNESCO World Heritage Center, Zvartnots has been registered as a UNESCO World Heritage Site, with the Cathedral of Echmiadzin and other churches of Vagharshapat. There is an interesting story about the name Zvartnots. “Zvartnun” also means “angel” in Armenian, so Zvartnots also means “Celestial Angels”. According to the testimony of the narrator Agatangehos, it is assumed that there was a pagan temple of the Tyr god – writing, interpretation of dreams, wisdom and culture on the territory of Zvartnots. Over the years, during the excavations various objects have been found in airport area such as metal tools, nails and daggers, wide and narrow lids for plough, jewelry, glass, colorful and elegant bracelets, well-preserved salt – cellars, fragrant oils, perfumes, medicines, mercury storing vessels, and solid-color glazed pottery, two big 500-liter clay pots which are used for wine storing. The discovered objects are the proof that in the Middle Ages Armenia had a comprehensive development of crafts, wood carving, pottery and agriculture. All of these findings are kept on display in the museum and airport fund. During the excavations, a round slab stone was found, numbered 2-1 millennium BC, on which were preserved four different pits and a trickle. The main goal of the exposition is not only to acquaint with the history and architecture of the complex, but also to give an idea of the history of Armenian architecture and its traditions.