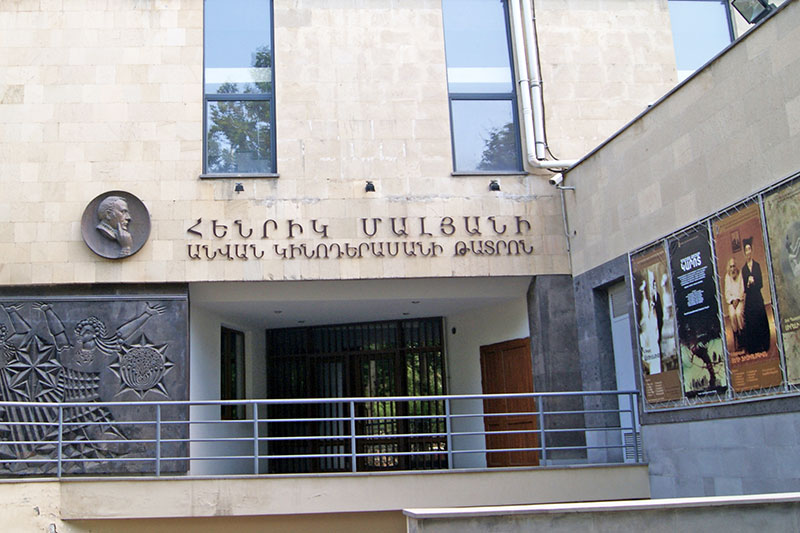 In 1980, the deserved director Henrik Malyan happily founded a theater-studio for film actors. It was a unique and innovative phenomenon in the culture of the 80s. In this way, the film director was able to combine the visual elements of cinema and theater to create a unique stage style. The first performance in the theater was "The instructive tales of my homeland".

In 1988, the theater-studio was named after its founder, the first artistic director Malyan.

The theater troupe has performed many times in different cities of Armenia, France, Canada, Estonia, Bulgaria, Latvia, Lebanon, Syria and Azerbaijan. It has participated in numerous international theatrical festivals.

Varduhi Rushanyan, Movses Stepanyan, Ara Sargsyan, Samvel Topalyan, Levon Ghazaryan, Georgy Hovakimyan and others are among the actors of the theater. Currently, the artistic director of the theater is Narine Malyan, the daughter of Henrik Malyan. She continues the path created by her father with dignity and success.