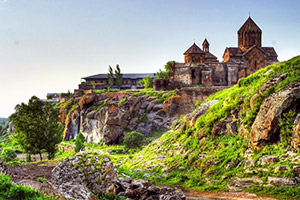 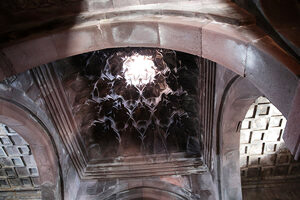 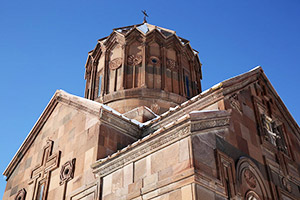 Harichavank is a monastery complex of Armenian architecture and has been a prominent spiritual and cultural center of Shirak region of Armenia. Its structure consists of the St. Gregory and St. Astvatsatsin Churches, which were established before the 13th century, and two chapels. The St. Grigor Church is a structure dating back to the 6th-7th centuries, with a central dome and with rectangular layout. From historical sources it is known that the monastery was destroyed during the 11th century by seljuk invasions and was renovated in 12th century by the church leader Grigor. At the St. Grigor Church a small section of the quadrangular dpratun was preserved. 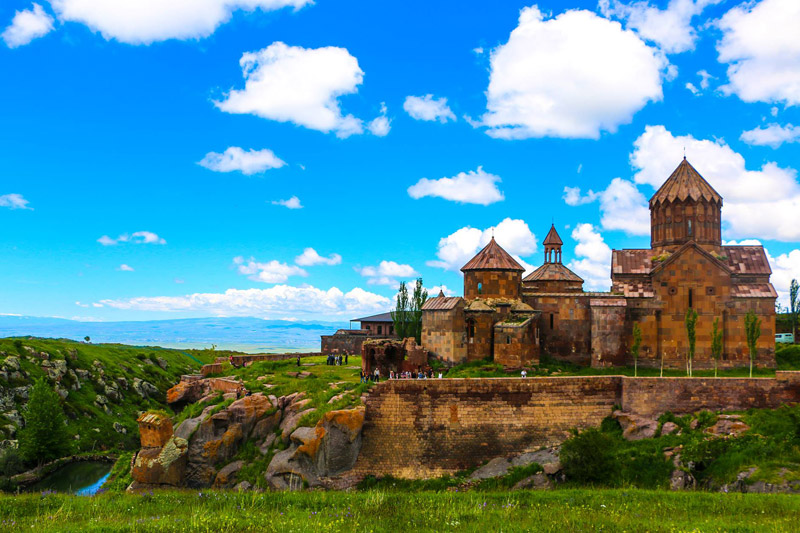 At the end of the same century Zakare Amirspalasar (prince) began the construction of the St. Astvatsatsin church (1201). It is a domed hall type building. In the second floor of the western side columns of unique Armenian architecture are replaced. The building is remarkable with its constructive high art, especially in the sculptures of the Zakare and Ivane brothers in the composition of the eastern fronts. At the cemetery near the complex ruins of the St. Harutyun Church are preserved. Many records have survived from this period. During the excavations in Harich rectangular and quadrate apartment remnants, work tools, luxury items and tombs were discovered. The tomb is covered with apricot leaf, rosette, fruit ornaments. The painter’s signature – ”Stepanos”, has been preserved. During the 1980-83 excavations, the remains of the 3-5th century medieval castle were discovered, which had also been a military station.