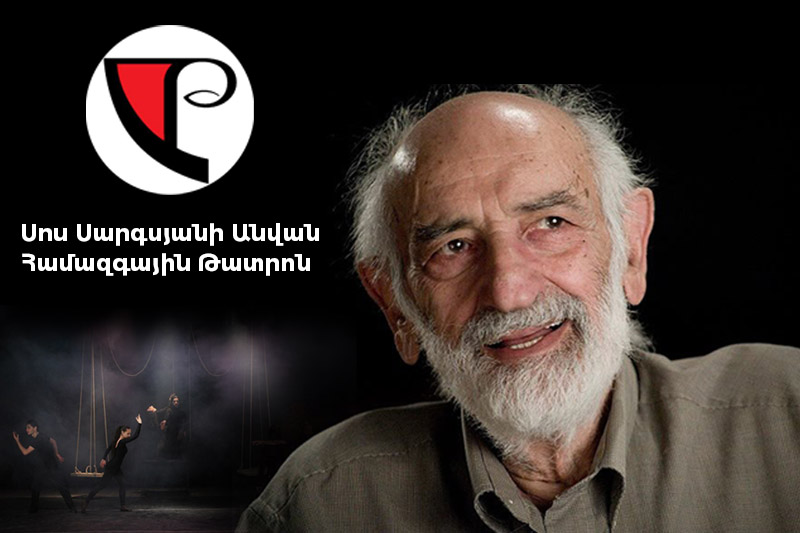 The Sos Sargsyan National Theater was founded in 1991 on the initiative of the famous Armenian actor Sos Sargsyan. Artists Mayis Karagyozyan, Davit Hakobyan, Galya Novents, Shahum Ghazaryan, Hrachya Gasparyan, Karine Janjughazyan, Nelli Kheranyan, Tigran Nersisyan, Mikael Poghosyan, Anna Elbakyan and others have a great contribution to the recognition and development of the theater.

In 2003, by the decision of the government, the theater was given a state status, being renamed the state national theater. In 2009-2017 the theater was directed by actor Vardan Mkrtchyan, then Vigen Chaldranyan. Actor Arman Navasardyan has been holding that position since 2019.

The theater opened in 1991 with the play "The Head of the Sanita" by Eduardo de Filippo. Known plays are "Mountain tulips", "Incandescent lover in bed", "Tartuf", "We", "A cup of kindness" by William Saroyan, etc. Children's performances are staged in the theater as well. Honored Artist of the Republic of Armenia Mayis Karagyozyan acted in the theater, actors G. Sedrakyan, H. Vanyan, T. Nersisyan, painter G. Nalchajyan, composer, Honored Art Worker of the Republic of Armenia Vardazaryan, Honored Artist of the Republic of Armenia Ghazaryan, artists Galya Novents, Karen Janibekyan, d. Hakobyan, a. Mkrtchyan, Anna Elbakyan, Karine Janjughazyan, a. Galstyan, the victim Bek-Gasparents and others. The National Theater has toured in Syria, Iran and Lebanon.