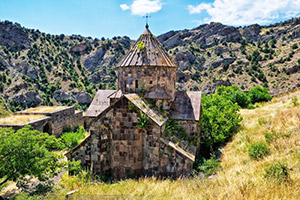 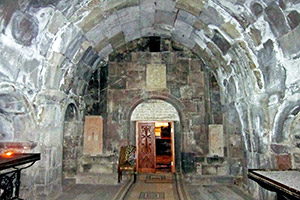 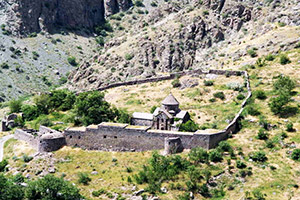 Gndevank is located on a small plain of the slopes of the left bank of the Arpa River, surrounded by steep cliffs from the side of the gorge. The monastery, according to the construction records and historians’ testimony, was built in 936 by the Syunik duchess Sofia, who celebrated the end of the construction with a large sign on the western wall of the church, “Vayots Dzor was a stoneless ring, I built this and put it as a gemstone.” The monastery was called Gndevank by the name of martyr Sipan Gndouni. 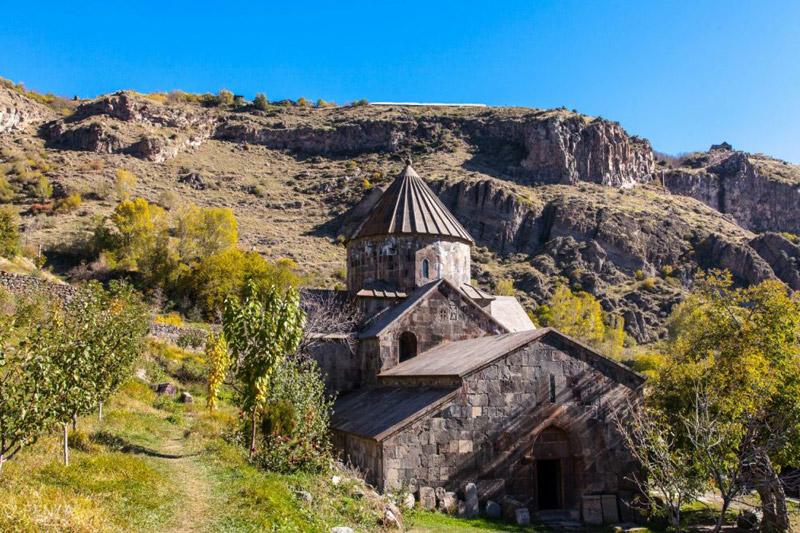 The church is a dome-shaped quartz structure. On the west side there is a courtyard, a rectangular burial hall, built by the monk leader Christopher in 999. There are preserved khachkars (cross-stones) in the monastery complex dating back to the 10th and 16th centuries. In the 17th century the church and the courtyard were renovated, and the walls and the adjoining rooms were rebuilt. There is a building inscription on the western entrance to the sloping stone wall. The monastery suffered greatly from the earthquake in the 20th century and was renovated in the 1960s by the funds of Galust Gyulbenkian Foundation.