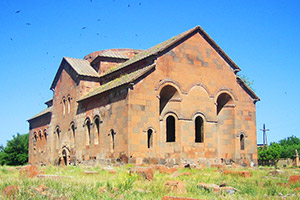 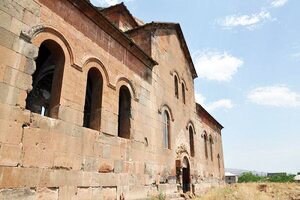 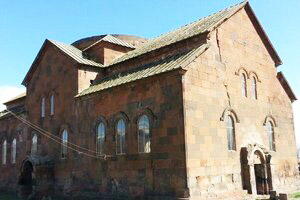 The Aruchavanq or Aruch monastery is considered to be the largest monastic complex in Aruch village. In the 7th century the main church St. Grigor and the palace were built. According to the records and bibliographical data preserved on the eastern front of the church, both of them built Armenian prince Grigor Mamikonyan with his wife Heghine. The church contains a dome-like hall, a prayer-room with two tabernacles. It is considered to be the largest in the early medieval structures. The entrances are shaped outwardly by a pair of twigs and a double roof of the 7th century Armenian architecture. The external architecture of the structure is characterized by the built-in solutions and stylistic unity. Architectural decorations are familiar to the principles of early Armenian medieval architecture. 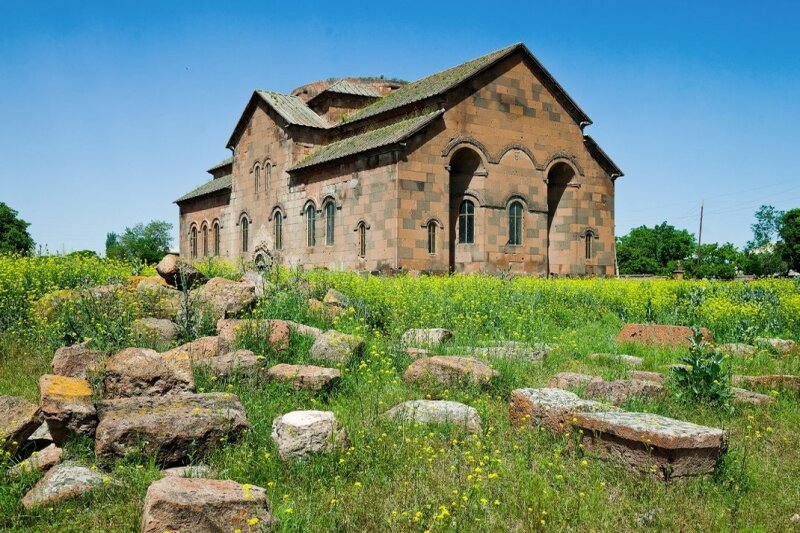 The unusual, undifferentiated lighting interior is impressive by its frescoes. The preserved frescoes by a particular scheme represent the evangelical ascension. On the deck was a picture of Christ with a parchment in his hand at the height of 7 meters, but now only the part below his knees it preserved. The tomb is covered with apricot leaf, rosette, fruit ornaments. The painter’s signature – ”Stepanos”, has been preserved. During the 1980-83 excavations, the remains of the 3-5th century medieval castle were discovered, which had also been a military station.