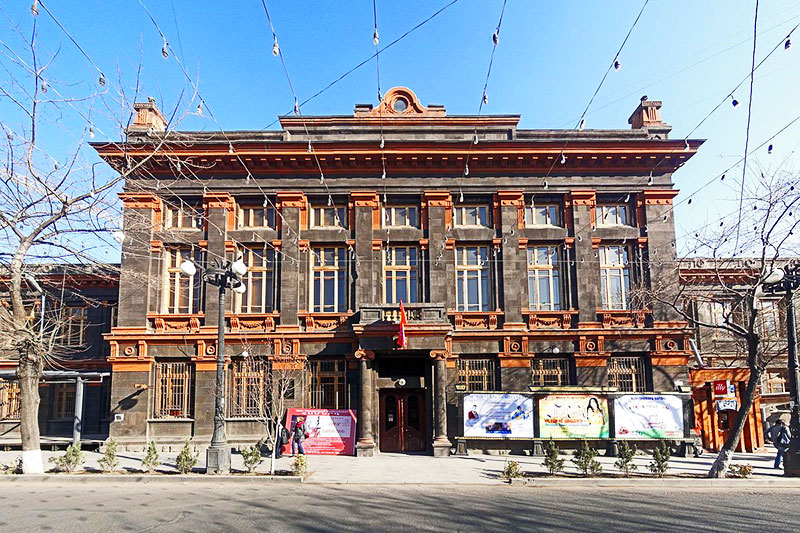 Arno Babajanyan Concert Hall previously named “Small concert hall of ArmPhilharmonic” was built in 1900-1916 according to V. Simonyan’s design. Later the building was rebuilt in 1953, 1961, 1977 by the supervision of M. Grigoryan and E. Srapyan. In 1921, according to the government's decision, it started operating as a house of culture.

In 2005, the concert hall was officially named in honor of the great Armenian composer, pianist Arno Babajanyan. The concert hall is designed for 300 spectators. On the first floor of the building there is a foyer, locker rooms and offices of the administrative staff, on the second floor there are two large foyers, a luxurious hall equipped with the necessary modern equipment.

The Arno Babajanyan Concert Hall is one of the largest cultural centers in Yerevan. There are concerts, performances by groups of artists and groups arriving in Armenia with tours, festivals, as well as press conferences, gatherings, ceremonial gatherings and jubilee evenings. The concert hall is located in the building of the museums of the Republic Square; the entrance is from Abovyan Street.