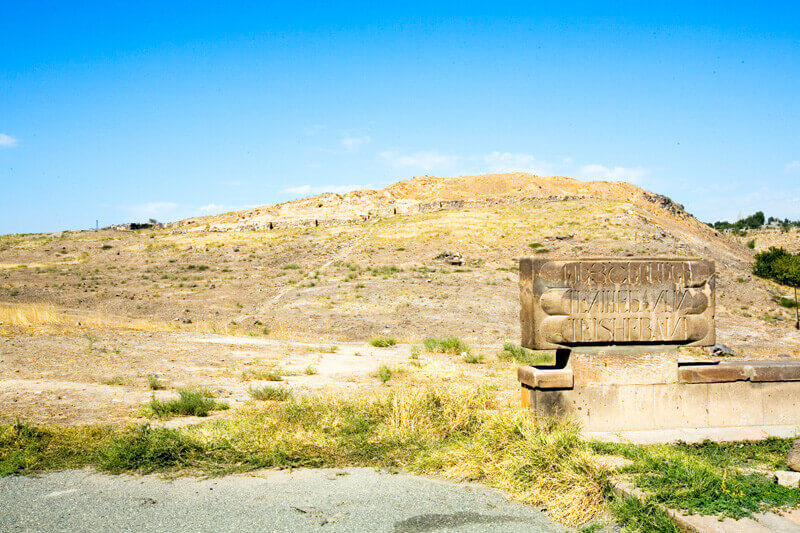 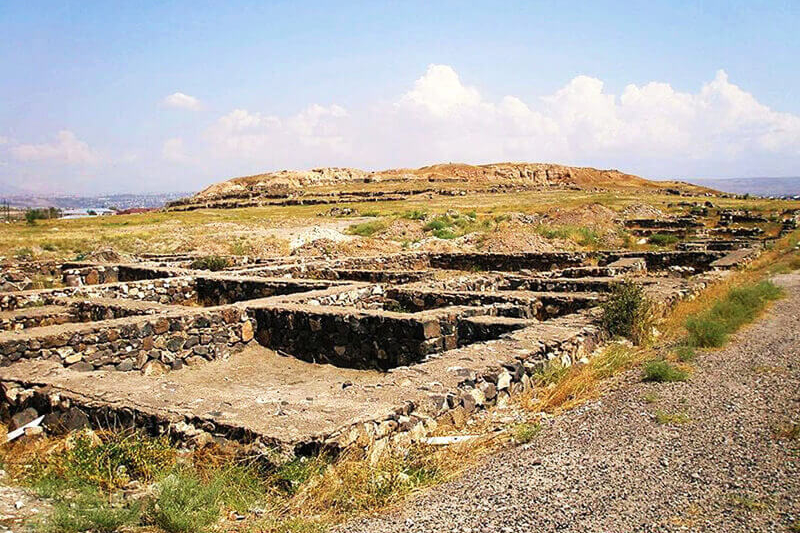 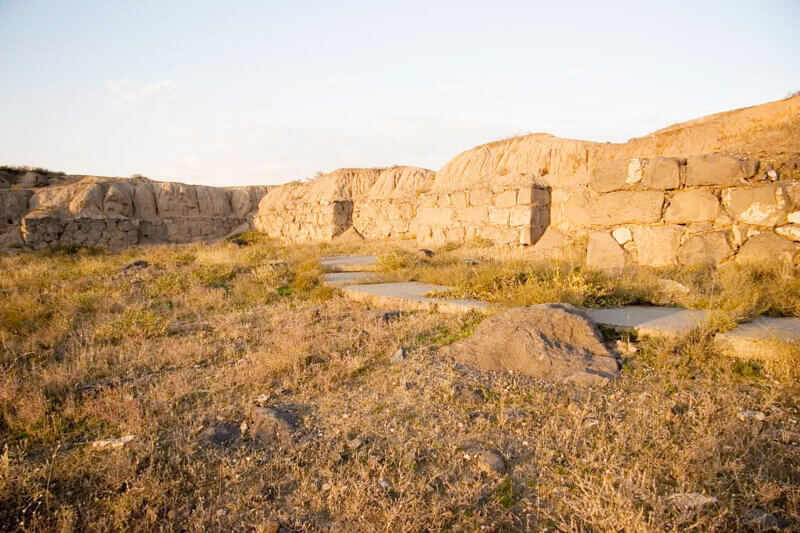 What you can see in Archeological site “Kamir blur” 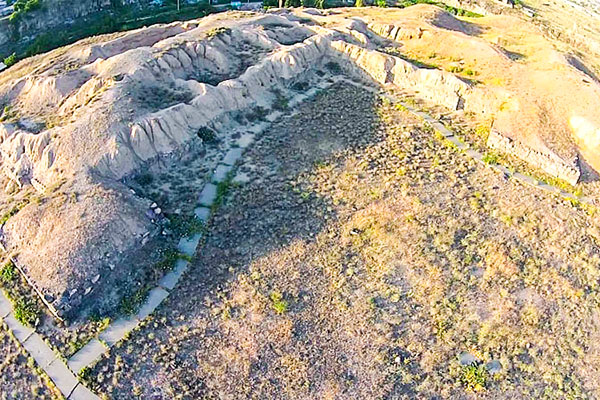 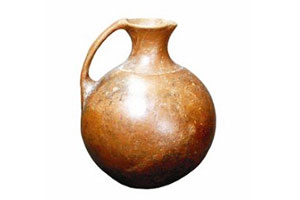 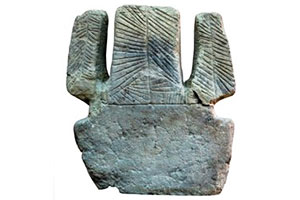 The Karmir Blur archaeological site is situated on the banks of the Hrazdan River, in the south-western periphery of Yerevan. TEISHEBAINI- The fortified city of Teishebaini was founded in 685-645 B.C. by Urartian King Rusa II, in honor of God Teisheba. It is situated on the Karmir Blur Hill in the south-western part of Yerevan suburb. The city occupies 100,0 ha and the citadel itself occupies 4,0 tha. It was an administrative and economical center with double-storied citadel, where workshops of ceramic, military and metalworking, storehouses of wine and beer, granaries, barns (ground floor), colonnade hall, living space (I floor) were situated. Archaeological materials which were found during the excavations might be seen in “Erebuni” Archaeological and Historical Culture Preserve, which is situated on the foot of Arin Berd Hill. Following the destruction and arson of Teishebaini, life was not restored to the city. It gradually became desolate and deserted – as did many of Urartu’s settlement fortresses – until the first strike of an archaeologist’s pick, which resulted in the glorious history of Urartu – and the integral role of Teishebaini within it – being able to be told.