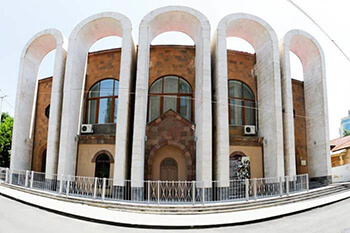 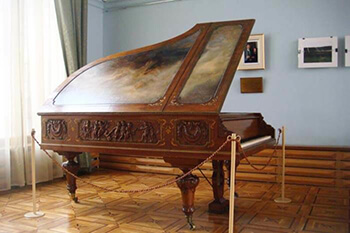 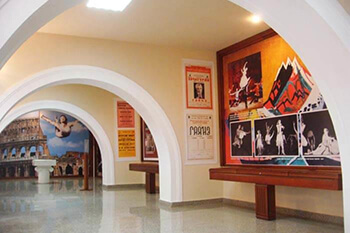 What you can see in Aram Khachaturyan house-museum 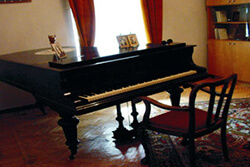 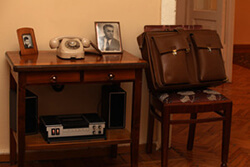 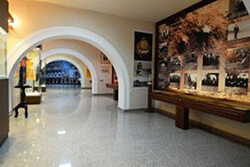 Introduction of the composer's activity

Aram Khachaturian museum was established in 1978, just after the composer`s death. The musuem’s purpose is to provide information about Aram Khachaturian to the public and to care and transfer to descendants his rich musical heritage. The decision of the Armenian Government to convert Khachaturian`s private residence into a museum was made still during his lifetime on June 21st, 1976. The residence (architect Mark Grigorian) which was located on the intersection of Marshal Bagramian avenue and Plekhanov (nowadays Zarobian) street, was presented to Aram Khachaturian by the government in 1947. The one-storied house consisted of five specious rooms and a garden behind it. A Khachaturian`s mother and brother Vaghinak with his family used to live here.A Khachaturian liked this house and lived here during his stay in Yerevan. The two-storied museum complex was constructed according to the plans of the architect Edward Altounian, Aram Khachaturian got acquainted with the architect project of the future museum and even wrote down his remarks on the title page of its album. The former residence has remained without changes.The garden had been converted into a small courtyard,where a spring-monument has been erected. It`s a gift to the museum from architects S. Gyurzadian and S.Barseghian.The building façade is framed with five arches reminding tuning forks. The memorial house is on the ground floor, where ten spacious, light halls are intended for the permanent exposition. On the first floor there is also a concert hall with perfect acoustics. Various events and concerts held here enliven the house. All visitors can experience music presentation in the sound library on the first floor.