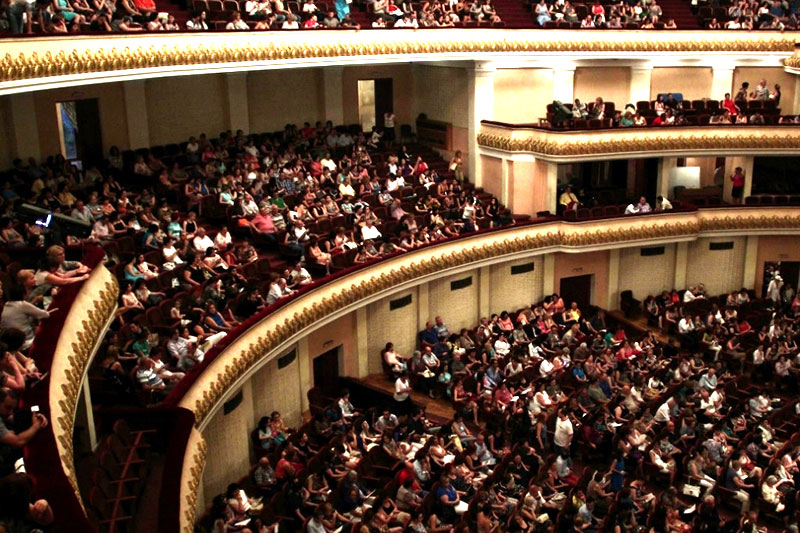 Aram Khachatryan Music hall is situated in the building of Armenian National Academic Theatre of Opera and Ballet named after Alexander Spendiaryan.

In front of the concert hall stands the monument to A. Khachatryan, which was erected on June 6, 1999 on the occasion of his birthday, the author of which is architect Yuri Petrosyan. The interior of the hall is full of Armenian ornaments and sculptures.

It was named “Great Hall of the ArmPhilharmonic” and in 2003 was renamed after Aram Khachatryan.

The hall is designed for 1272 spectators.